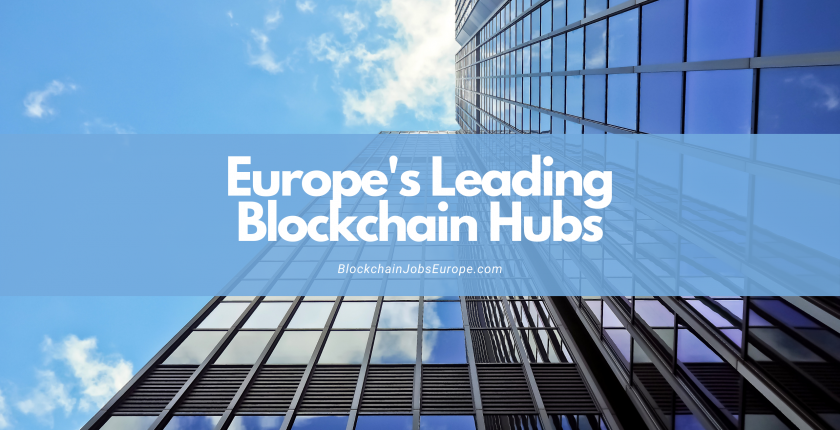 Crypto and blockchain might be the talk of the town everywhere but certain towns are doing more than just the talking when it comes to attracting the best DLT companies and talent. Hosting big and vibrant crypto communities, these cities are becoming the epicenter of blockchain innovation and development. Though, crypto communities seem to be thriving around the globe, it’s Europe that has earned the lion’s share in hosting a large number of favorable and appealing destinations for blockchain firms and blockchain enthusiasts. Fair and productive regulations, availability of talent, number of startups, and community culture, are just some of the main advantages providing the European blockchain scene an edge over the rest of the world. Understandably, this favorable set-up has enabled Europe to position itself as the world’s largest crypto economy, accounting for 25% of total global crypto activities, supplemented by the emergence of DeFi (Decentralized Finance).

In this article, you’ll learn some interesting facts and figures about the European cities and states at the forefront of the blockchain revolution.

Dubbed as the Swiss Crypto Valley, Zug hosts over 950 prominent blockchain projects and companies; most notably the Ethereum Foundation, Cardano, Polkadot, Sygnum, Tezos, and Dfinity. The dominance of Zug as a crypto hub has been asserted by the town’s favorable tax laws and financial regulations, active and flourishing investment ecosystem, a variety of entrepreneurial and coworking services, numerous initiatives by the public authorities to drive mass crypto adoption, supplemented by a thriving and innovative local economy. In an attempt to further accelerate crypto adoption, the Swiss canton of Zug also reformed its taxation laws to accept tax payments in Bitcoin and Ether. Such an adaptive environment has clearly helped in crowning Zug to be at the top of the list of European crypto hubs.

Another city at the core of the European blockchain scene, Berlin, is home to top blockchain companies like Parity Technologies, the IOTA Foundation, Gnosis, Bitwala, Aragon, Tangany, Finoa, and many more. The city offers a very diverse and dynamic blockchain development ecosystem that hosts a variety of sectors, from Fintech to Banking, from Health to Logistics, and from Legal to Governance. Berlin has become a launchpad for core blockchain ideas. A crypto hub, where you will discover startups, corporations, tech accelerators, research institutions, and investors, pertaining to almost every and any industry that can and will be transformed by blockchain. Berlin is particularly attractive in terms of community activities such as conferences, meet-ups, and events. The German capital also boasts of possibly Europe’s largest co-working space for web 3.0 technology, Full Node. Fair to say, the spirit of Berlin perfectly syncs with the spirit of blockchain; free, decentralized, artistic, and democratic.

Popularly known as the “Digital Republic”, stamped by the achievement of digitizing 99% of its public services, Estonia’s experiment with blockchain has been nothing short of commendable. In 2016, Estonia became the first country to employ Distributed Ledger Technology to secure and digitize the health records of its 1.3 million residents. When a country achieves such a remarkable feat utilizing emerging tech in improving the public spheres, it’s not difficult to imagine how encouraging and rewarding the country’s whole crypto environment is bound to be. No wonder, Estonia has a thrilling startup scene and is one of the most friendly countries in the world for crypto and blockchain companies. A few famous Estonia-based blockchain companies gaining global prominence are Augur, Crypterium, and Atomic Wallet.

2021 has been a rather interesting year for the crypto world with many nations finally accepting the reality that virtual currencies are here to stay. Consequently, September 2021 witnessed Ukraine’s parliament providing a nod to a legal draft on virtual assets that laid down provisions for legalizing and regulating cryptocurrencies. Supported by 276 Ukrainian lawmakers, the bill, once signed by the Ukrainian president, would see Ukraine joining the ranks of the first few countries in the world to “legalize” Bitcoin. The bill has been set in motion owing to the rising popularity of digital assets in the country, with approx 12.7% of the total population owning crypto, making Ukraine one of the top contenders in crypto adoption. Furthermore, Ukraine is home to a large and highly sophisticated software engineering community, with many younger Ukrainian dev’s now entirely focusing on blockchain. All these developments have resulted in Ukraine emerging as a hotspot for the European blockchain community.

The Fintech capital of Europe makes a powerful statement when it comes to providing an optimal investment environment to blockchain startups. According to research by the private equity firm Outlier Ventures, over $500 million has been invested in London-based blockchain firms as of early 2020. This financial advantage can be credited to the huge presence of VC firms in the UK capital, welcoming regulatory environment, and flexible corporate registration process. Additionally, the presence of big universities imparting numerous blockchain-based courses facilitates the continuous supply of top talents to the blockchain space. The active community, the readily available talent, the investment opportunities, and the innovative and scalable startup culture – all these components make London a highly competitive European hub for blockchain enthusiasts.

Malta might be the smallest state in the European Union, but when it comes to making a mark on the list of top blockchain hubs, it dwarfs the biggest nations of Europe. Malta, which takes pride in being appreciated as the “Blockchain Island” of the world, enacted the world’s first comprehensive legislative and regulatory framework for virtual assets in 2018. The crypto law allowed the archipelago to reap the benefits of first-mover advantage which uniquely positioned it to entertain a plethora of innovative and big blockchain projects along with a flood of crypto investors. Since then, Malta has not looked back and is now hosting headquarters of big blockchain names like Binance, Neufund, Stasis and nChain.

Perhaps, there will be no “Silicon Valley” of crypto. How can there be? The whole purpose of blockchain lies in making a paradigm shift from a centralized to a decentralized and inclusive world. That being said, there are certain places in Europe where DLT-focused founders and talent find almost ideal circumstances to work on their dream blockchain projects. We hope that this article helped you to learn more about the leading European blockchain hubs.